by kapil@kapilapshankar | Being Successful, Best | 2 comments 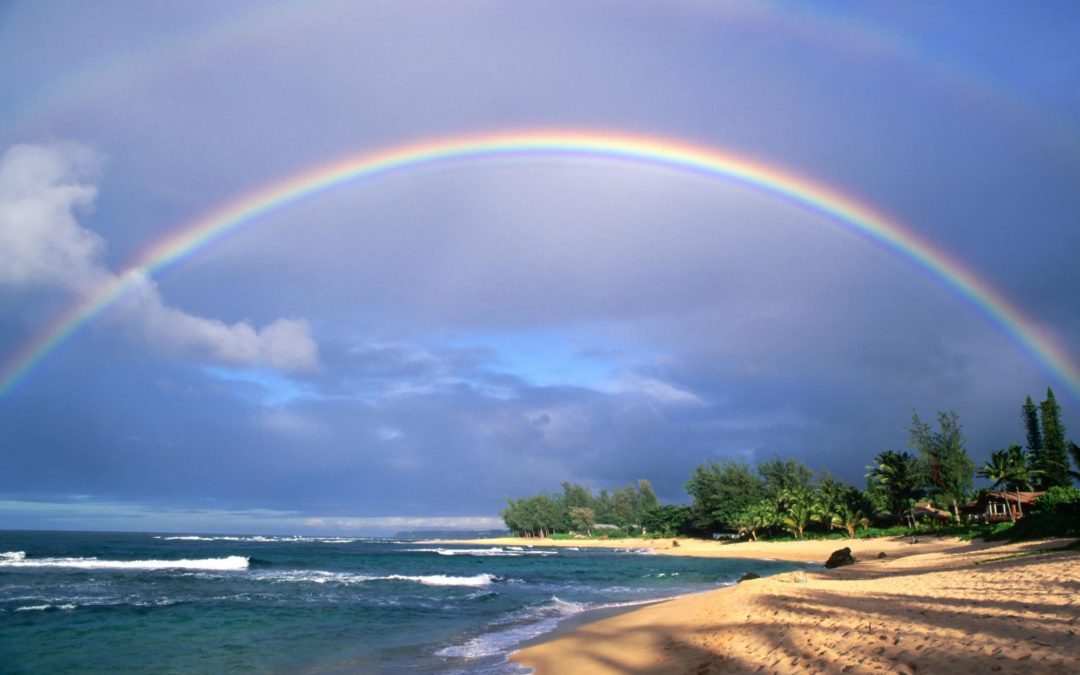 In order to find the treasure, you will have to follow the omens. God has prepared a path for everyone to follow. You just have to read the omens that he left you.

It was a rainy, stormy, windy, chilly, gusty day yesterday where I stay. The wind blew long and hard, and brought down the autumnal leaves. The roads were painted in the colors of fall.

And then, a ray of sunlight broke through the clouds. A few more rays followed suit. They wanted to play with raindrops, have fun and make merry.

It didn’t take too long for a rainbow to appear to witness the party of nature. It was glorious. A full arch, magnificently strewn across the sky against the backdrop of dark clouds and golden sunshine.

The rainbow stayed for a while, then vanished. It came again a few minutes later, only to vanish again. All in all, I saw a rainbow eight times yesterday. My sweetheart saw it once, and so did the kids.

I love rainbows. If I were something else in life, it would be a rainbow. My day was made.

But I also took this as an omen. Omen to follow my dreams and purpose. Omen that confirmed that I am on the right road, no matter how rough it is.

We all have omens show up for us every day. We choose to ignore them and continue with our lives.

If only we would listen and follow the omens, reaching our goals and manifesting our dreams would be so much easier.

Where are your omens? What are they telling you?

Go – read them, listen to them and follow that path they show you.